Varusteleka is a military surplus store in Helsinki, Finland. I've ordered a few items from them, most notably a Jerven bag. Service from them has always been fast but over the holiday season getting my package through Customs at JFK has taken a week or more. It looks like the Customs backlog is finally speeding up. This shipment cleared customs in only a couple days.

This order came in a cool bag. 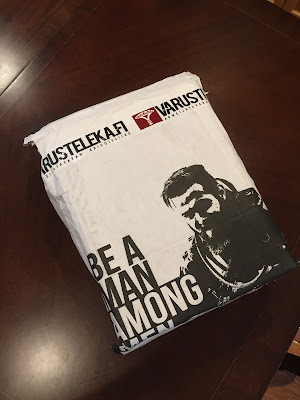 Inside, two of the hard to get in the US Bundewehr sleeping mats, and one 10-pack each of SCHO-KA-KOLA milk (blue) and dark (red) chocolates. 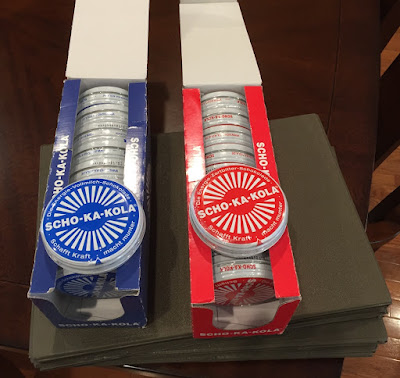 The chocolates are very good. They are fortified with caffeine and have been used by the German military as iron rations. The dark is somewhat bitter but I like it.

The Bundeswehr mats measure 74" long by 21" wide, and aren't very thick, maybe 3/8". That's pretty thin so they don't doesn't provide a lot of padding or insulation. I could have used one of these by itself back when I was in my early 20s, but I need a lot more padding nowadays. However, they appear to be well made of closed cell foam that would provide a good layer underneath an air mattress to protect it from things that might cause a puncture.

I do think that the BW mats could make decent shooting mats. With a 16" AR-15 for scale: 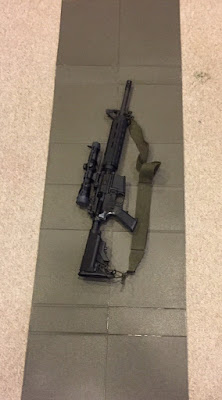 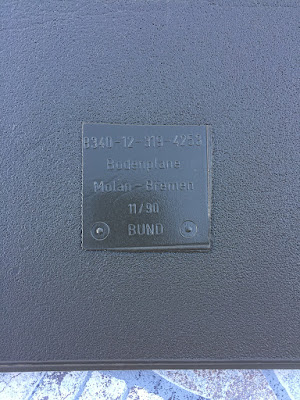 They appear to be new old stock. One had a bit of dirt on it and a small partial puncture, but nothing that would affect its function.

When folded up, they are 15" long  x 10.5" wide by 1-3/8" thick. They'd make a good sitting pad. Likewise, partially unfolded it would be good for kneeling on when doing fire prep, e.g to catch wood shavings for tinder to keep them off moist ground.

Finally, the other use for the BW mats is as an internal frame for the German surplus mountain rucksacks. The rucks are easily available in the US (e.g., at Keepshooting) but unfortunately the matching mats are not, hence my order from overseas. The slot pocket inside the ruck is designed to accept this mat, to give the pack some rigidity and keep contents from poking you in the back.

I have no connection with Varusteleka other than as a satisfied customer. They are a good source of some items of interest to preppers and bushcrafters. Shipping from Finland to the US is only $9.99, on par with most domestic suppliers.
Posted by Dave Markowitz at 11:26 AM No comments:

Rob Ski of the AK Operator's Union did this video at the end of 2015 with guidance on what to look for when buying an AK rifle. If you're looking to pick up an AK it's worth watching.

The rest of his videos are worth checking out, as well.
Posted by Dave Markowitz at 8:05 PM No comments: